Sisters of Sigmar FAQ by Freud

Please note: Games Workshop Ltd. is a company that likes to supress parody and satire. Thus they have asked ud to censor select parts of this FAQ.

Furthermore, we are compelled to state that this post-censorship version this FAQ does not necessarily deal with the Warhammer universe, as owned by Games Workshop Ltd.. This FAQ could be dealing with *any* fantasy setting, or a historical setting within the Holy Roman Empire where there is/was in fact a city called Marienburg.

Thank you for understanding.

Email us with Sisters of [Censored] questions at coreheim|a|gmail.com

Q: How come the core rules don’t feature a core Warband like the Sisters of [Censored]?

A: Shortly after the fall of the comet, the sudden influx of drunken sailors caused the Sisters of [Censored] to wonder if monastic life was really all that hot.

Q: Seriously, why haven’t you included the Sisters of [Censored]?

A: Young blond virtuous virgins in a lawless city filled with warring males – we couldn’t take them seriously.

Q: What Mounts can the Sisters of [Censored] ride? 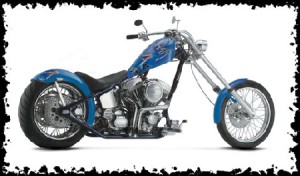 Q: But the Sisters of [Censored] are pure and devout while the Witch Hunter Inquisition are corrupted!

Q: Why is rape funny?

A: Jokes, like dreams, satisfy our unconscious desires. Jokes provide pleasure by releasing us from our inhibitions and allowing us to express sexual, aggressive, playful, or cynical instincts that would otherwise have no outlet in civilized society.

A: But we don’t glorify rape. We don’t say anything positive about it, and if the person in question wants it (such as she does in our story), we’re dealing more with something like a kinky sex game than forced copulation. And by the way, rape sucks.

Q: If you don’t glorify rape, then why do people scream and bitch about it as if you did?

Just remember, they’re only expressing their own fear, since trashing other people’s work is another excuse to do nothing. “Why should I create anything when the things other people create suck? I would totally have written a a better rule set myself by now, but I’m not going to make something shitty like these guys did! Oh yeah, on second thought, the vanilla rules are just grand, and they can’t be improved at all.”

As long as these people never produce anything, they kid themselves that they could have done better. If they had actually taken a stab at improving the rules, it would have been amazing. Not like the shit we made.

Q: I don’t care what you say, I’m just going to repeat the rape accusation forever because if I act like a four-year old, then you’re going to have to assume the role of responsible adult.

A: What you’re doing is called focusing on the form to avoid hearing the content. Your actual beef is that we made a rule set that you feel threatens something you already know and like. But rather than offer an informed critique, you use the ingenious technique of digging through tangential material until you find a joke that is offensive when taken out of context, and then you talk and think only about that! Well, if a single offensive word can render an entire rule set unplayable, then you’re a genius, boy. Great for you.

Q: Ok but I still think you guys are fat ugly virgins who hate women. Rape is offensive to women everywhere!

A: Now you’re Focusing on the Messenger to Avoid Hearing the content, lol. Random trivia: There were women on the initial Coreheim design team and they had no problems with the jokes. What’s offensive to women everywhere is being reduced to porcelain entities who need men to be offended on their behalf. In fact, grouping people together on the sole basis of their sex sounds and awful lot like sexism to us. People are individuals. They are not their gender or race.

Can we get on with the Sisters FAQ now?

Q: Why do the Sisters have Steel Whips?

A: Because you’ve been a bad, bad boy.

Q: Seriously, I imagine some great fluff with the Sisters being torn between their religious loyalties and their loyalty to the Imperium.

The Sisters were tending to a wounded Mercenary when the Matron Mother addressed her Nuns:

“I have just finished bathing him and we must be weary as to whether he worships the Unholy Gods. It appears that he has the word ‘Maurg’ tattooed on his penis.”

“No, Mother Matron” said a young Sister Novice,
“I washed him yesterday and it says ‘Marienburg’.”

Q: How come the Sisters of [Censored] cannot use edged weapons?

A: So that male players can dream safely, without fear of castration anxiety.

Q: What do you call an Augur with a sex change operation?
A: A tran-sister.

Now that you have read this FAQ that does not necessarily deal with the Warhammer universe, but could be dealing with *any* fantasy setting. Please note that for the purposes of Mordheim explicitly, someone has posted an unofficial Sisters Lists for Coreheim. While interesting, we recommend that you stick to the Core warbands, and we cannot provide technical support for unofficial lists.