The original Pali term for Buddhism is Dhamma … The Dhamma is that which really is. It is the doctrine of reality. It is a means of deliverance from suffering and deliverance itself. Whether the Buddhas arise or not the Dhamma exists from all eternity. It is a Buddha that realizes this Dhamma, which ever lies hidden from the ignorant eyes of men, till he, an Enlightened One, comes and compassionately reveals it to the world. 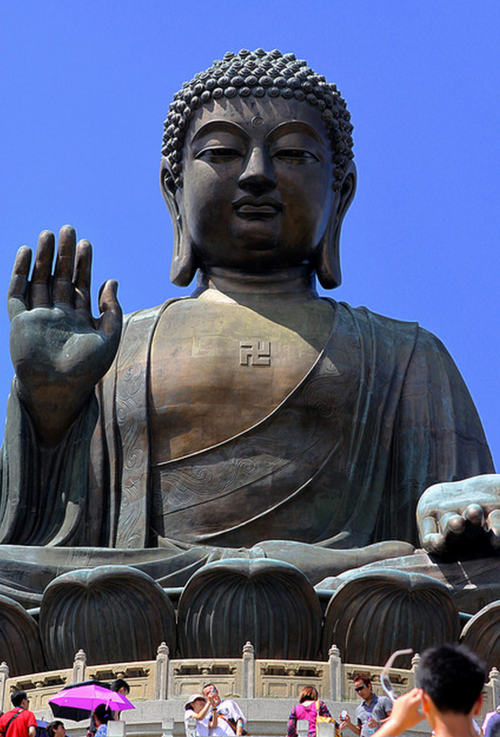 If a man knows ‘I am brahman’ in this way, he becomes the whole world. Not even the gods are able to prevent it, for he becomes their very self (atman). So when a man venerates another deity, thinking, ‘He is one, and I am another’, he does not understand…. It is his self (atman) alone that a man should venerate as his world. And if someone venerates his self alone as his world, that rite of his will never fade away, because from his very self he will produce whatever he desires.

[Wanting to understand the cosmological questions regarding the natural universe] is as if there were a man struck by an arrow that was smeared thickly with poison; his friends and companions, his family and relatives would summon a doctor to see the arrow. And the man might say, ‘I will not draw out this arrow as long as I do not know whether the man by whom I was struck was a [member of a] brahmin, a ksatriya, a vaisya, or a sudra [class]…as long as I do not know his name and his family…whether he was tall, short or of medium height …’ That man would not discover these things, but that man would die.

We are part of a world compounded of unstable and unreliable conditions, a world in which pain and pleasure, happiness and suffering are in all sorts of ways bound up together. It is the reality of this state of affairs that the teachings of the Buddha suggest we each must understand if we are ever to be free of suffering.

I do not call this coming or going, nor standing nor dying,
nor being reborn; it is without support, without occurrence,
without object. Just this is the end of suffering.