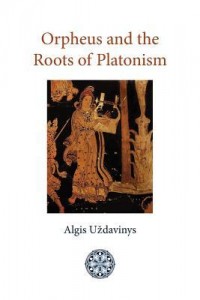 The author sets out to argue that Platonism is a modernized and distorted composite of the teachings of the Orpheus-cults and Pythagoras-cults. I personally believe that this thesis has a lot of merit, as also explored in The Shape of Ancient Thought. But this book could have used a good editor. It reads more like a lot of minutiae, rituals, symbolism, and tentative parallelisms thrown around at large, mixing and matching from the sources with no trace of internal judgment on the author’s part.

The book could have been shortened some 80% (and it is already very short). In its present form, the book is not really suitable for educated readers who want to know more about the mystical element in Plato. In fact, the book is not even that relevant to the general reader who wants to know something about Orpheus and the Orphic cult. It reads more like a series of notes for some future work, rather than actually as a work intended for the general reader. If one is after a comprehensive reinterpretation of Plato, then The Shape of Ancient Thought is a much better book for that purpose.

The most important take-away from this book is that Plato is no mere rationalist but also a ‘mystical’ thinker with a non-rational agenda (besides his rational one). Paradoxically, though, this book never really argues the thesis; it just spams sources. The inner narrative structure of the book is paper-thin and the book consistently fails to elaborate on the greater philosophical or theological importance of the esoteric rites that it is describing. In its present form, it can only be recommended to professionals who need a scholar’s raw notes on the subject matter and not for the educated, general reader.