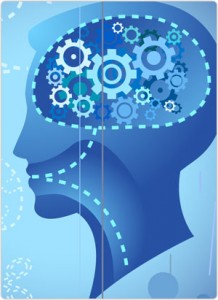 A metaphor comprises a certain form of language expression. Basically, a metaphor can be defined as a figure of speech that implies a comparison between things or ideas by using ‘an image, story or tangible thing to represent a less tangible thing or some intangible quality or idea.’ As the definition above suggests, metaphors can be found in a wide variety of forms and contexts. However, it is beyond the scope of this paper to represent a complete outline of all known categories of metaphors, or to provide the reader with a long and diverse list of metaphor examples. Instead, this paper will focus on how metaphors in everyday language influence and shape the way we think and reason, as evidenced by a resent published paper  in the open access scientific journal PLoS ONE.

Before the cognitive revolution in the 1950’s a metaphor was exclusively understood as an element of literary, poetic or rhetoric language, and not as something that was generated in the realm of everyday language.  Today, however, we know that we use metaphorical expressions almost every time we speak and most often so, without realizing it.  In the light of this knowledge, psychologists and sociologists have been trying to understand the impact of metaphors on thinking and reasoning for a long time, but, the research area is extensive and complex, so solid answers have not yet been found. However, a recent study has now added another drop in the pool of metaphor research, taking us one step closer an understanding of metaphors in everyday language.

In February 2011, psychologists Paul Thibodeau and Lera Boroditsky from Stanford University published a paper , based on an experiment, in which they showed how metaphors affected peoples thinking and reasoning in relation to crime as a subject. In the experiment, 1.485 students were divided in two groups and asked to read a text from a report describing the crime in the fictional city of Addison. The groups were presented with different versions of the text, respectively, differing only in a single description: In version one, crime was described as ‘a beast’; in version two, crime was described as ‘a virus’.

The text was presented as following with the differences inserted in parenthesis:

‘Crime is a (wild beast preying on/virus infecting) the city of Addison. The crime rate in the once peaceful city has steadily increased over the past three years. In fact, these days it seems that crime is (lurking in/plaguing) every neighborhood. In 2004, 46,177 crimes were reported compared to more than 55,000 reported in 2007. The rise in violent crime is particularly alarming. In 2004, there were 330 murders in the city, in 2007, there were over 500.’

Subsequently, the students were asked to propose solutions on how to solve the crime problems and were given the following questions:

1) In your opinion, what does Addison need to do to reduce crime?
2) What is the role of a police officer in Addison?
3) Please copy the part of the report that was most influential.

The result of the questioning revealed that the students who read crime as ‘a virus’ were more inclined to propose solutions that involved prevention and treatment of crime by investigating causes of crime and instituting social reforms, and the students who read crime as ‘a beast’ were more inclined to fight back crime by ‘hiring police officers and building jails, to catch and cage the criminals […].’  In regard to what part of the report the students perceived as being the most influential, the answers generated a noticeable result: All of the students identified the crime statistics ‘as the most influential aspect of the report’ , and subsequently as the main cause of their proposed solutions.
In a following experiment, the researchers also showed that ‘virus’ and ‘beast’ only had an effect in writing: When the students talked about the metaphors before being presented with the text, this time without metaphors, the metaphors had no effect on how the students solved the crime problem. Moreover, the sequence of the metaphors also seemed to play a crucial role: In a last experiment, ‘beast’ and ‘virus’ were introduced in the end of the text close to the place where students were asked to propose solutions, and as in the previous experiment, the metaphors had no effect.

Now, what do these experiments tell us about metaphors in everyday language? First of all, the initial experiment suggests that even though they have a great impact on how we perceive the subject they represent, metaphors are virtually invisible to the receiver. It also suggests that a text containing numbers and statistics is good at blurring metaphors, possibly because numbers and statistics implicitly contain a metaphor about being objective and reliable, and therefore are regarded as strong evidence for reasoning. Third, a metaphor is highly context dependent, and seems to create ideas and a framework that is difficult to ignore, and when placed in the beginning of a text it even gains in strength as we read on, because the ideas the metaphor has created to begin with, somehow coerces the subsequent information into its framework.

Thus, metaphors are indeed more than just elements of literary and rhetorical language. They expand our capacity for thinking, and give us the sensation of understanding. However, metaphors also create unconscious captivity of our thinking – a captivity that seems to be very difficult to escape.