When most people think of Jung and Zen Buddhism today, they probably think of Jung’s forword to D.T. Suzukis writings. Yet to the serious student, that is far from the whole story of Jung’s studies in Buddhism.

Shinichi Hisamatsu (1889-1980) was a professor of philosophy and religion at Kyoto University. He was originally a pupil of the philosopher Nishida Kitaro, who founded the school of philosophy in Kyoto. In 1915, when Hisamatsu had finished his university degree and thirty-one years old, Nishida sent him to Myoshin monastery to train in Zen. Hisamatsu was later known for his unusually deep understanding of Zen. He started the FAS Society (Formless, All Self), which, has been a source of inspiration and dialogue center between East and West for more than thirty years. 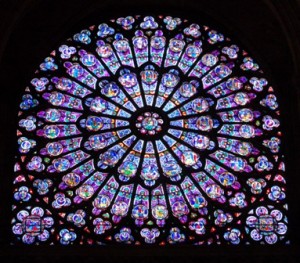 The dialogue between Jung and Hisamatsu took place in 1960, and was printed in the English-speaking Japanese magazine Psychologia Vol. 11 (1968), that is, eight years after the actual conversation took place. The editor of Psychologia, Sato Koji found the original dialogue between Jung and Hisamatsu so interesting that he arranged to have it translated into English and published in the journal.

The dialogue is interesting, chiefly because it showcases the difference between Jung’s analytical psychology and the “psychology” of Zen Buddhism. At the time (1960) Jung appeared to be taken in with the possibility of Zen Buddhism essentially being an Eastern variant of his own school of psychology, a view that very few Jungians will attempt to profess today. There have been many attempts to find parallels between Zen and Jungian psychology, all in all these attempts have failed to bear much fruit for the simple reason that Zen has a much wider scope than the subject’s therapeutic awareness of unconscious experiences and the integration of the psyche.

In the dialogue says Hisamatsu that it is only after the release of what we commonly call “self” that Zens “true self” appears. Then comes Jung with the strange and incomprehensible view that Hisamatsus “true self” should be understood as klesha (i.e. impurity), while his own notion of the “true self” corresponds to the atman or purusa. It’s hard to see how one can possibly explain away this misunderstanding. The idea that Zen’s “true self” should correspond to klesha is almost unbearable, for klesha means mental impurity or disorder, and is responsible for the causes of our suffering is ignorance, selfishness, greed, hatred and stupidity etc. Zen training aims raise awareness of reality, which will lead to the realization of the “true self” that was previously hidden by klesha which could in some sense be identifies with the illusory (or false) self.

Furthermore, Zen Buddhism’s “true self” is without form or substance and has no contents that are separate from any exterior “non-self”. Against this conception of self, Jung postulated that the self has definite contents and – even though part of a person’s unconscious might be collective in nature – it is still differentiated on the basis of the individual’s culture. It is hard to see how Jung’s “self” is synonymous with the Zen’s “true self”, as he postulates that it is. I do not think that Jung ever understood what the “true self” of Zen really is.