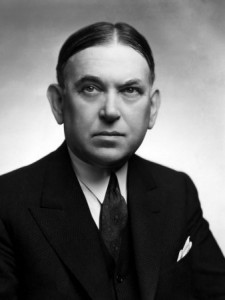 Of all the sentimental errors which reign and rage in this incomparable republic, the worst is that which confuses the function of criticism with the function of reform. Almost invariably it takes the form of a protest: ‘The fellow condemns without offering anything better. Why tear down without building up?’ So coo and snivel the sweet ones: so wags the national tongue. The messianic delusion becomes a sort of universal murrain. It is impossible to get an audience for an idea that is not ‘constructive’–i.e., that is not glib, and uplifting, and full of hope, and hence capable of tickling the emotions by leaping the intermediate barrier of the intelligence.

In this protest and demand, of course, there is nothing but a hollow sound of words—the empty babbling of men who constantly mistake their mere feelings for thoughts. The truth is that criticism, if it were thus confined to the proposing of alternative schemes, would quickly cease to have any force or utility at all, for in the overwhelming majority of instances no alternative scheme of any intelligibility is imaginable, and the whole object of the critical process is to demonstrate it.

The cancer cure, if one turns to popular swindles, is wholly and absolutely without merit—and the fact that medicine offers us no better cure does not dilute its bogusness in the slightest. And the plan of reform in politics, sociology or what not, is simply beyond the pale of reason; no change in it or improvement of it will ever make it achieve the downright impossible.

Here, precisely is the matter with most of the notions that go floating about the country particularly in the field of governmental reform. The trouble with them is not only that they won’t and don’t work; the trouble with them, more importantly, is that the thing they propose to accomplish is intrinsically, or at all events most probably, beyond accomplishment. That is to say, the problem they are ostensibly designed to solve is a problem that is insolvable. To tackle them with a proof of that insolubility, or even with a colorable argument of it, is sound criticism; to tackle them with another solution that is quite as bad, or even worse, is to pick the pocket of one knocked down by an automobile.